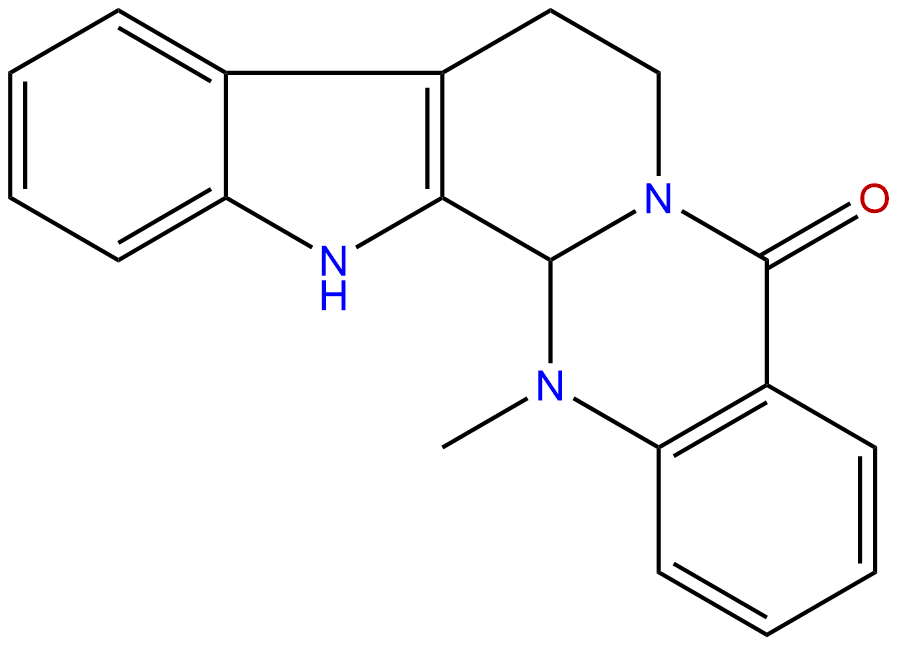 Can be supplied from milligrams to grams, up to kilograms.
Evodiamine has been used for improving digestion problems including lack of appetite, diarrhea, vomiting, dysentery, abdominal pain, stomach ulcers, nausea and gastroesophageal reflux disease. It is also used to treat various diseases such as obesity, headache, high blood pressure as well as fluid retention. The major bioactive compounds such as Rutaecarpine, Dehydroevodiamine and Evodiamine present in Evodia species of trees could prove helpful for analgesic, gastrointestinal and cardiovascular effects due to its action on the release of calcitonin gene related peptide (CGRP).
Inquire for bulk scale. Evodiamine is a chemical compound extracted from the Tetradium family of plants; it is used in some dietary supplements as its mechanism of action is suspected to be similar to that of capsaicin. It is said to act as a thermogenic as well as possess anti – infectious and anti – inflammatory properties. It may also perform in a way similar to tianeptine by increasing serotonin transporters present in the brain.
analysis-method: HPLC-DAD or/and HPLC-ELSD
botanical-source: A major component of the Chinese drug Wou-chou-yu (the dried fruit of Evodia rutaecarpa). Also present in Araliopsis tabouensis (Rutaceae, Araliaceae)
identification-method: Mass, NMR We have the best marketplace in the fine chemicals industry. We give promotional discounts and many other advantages to our customers. We use our own and third-party cookies to improve our services and show you advertisements related to your preferences by analyzing your browsing habits. You can get more information in our Cookies Policy .